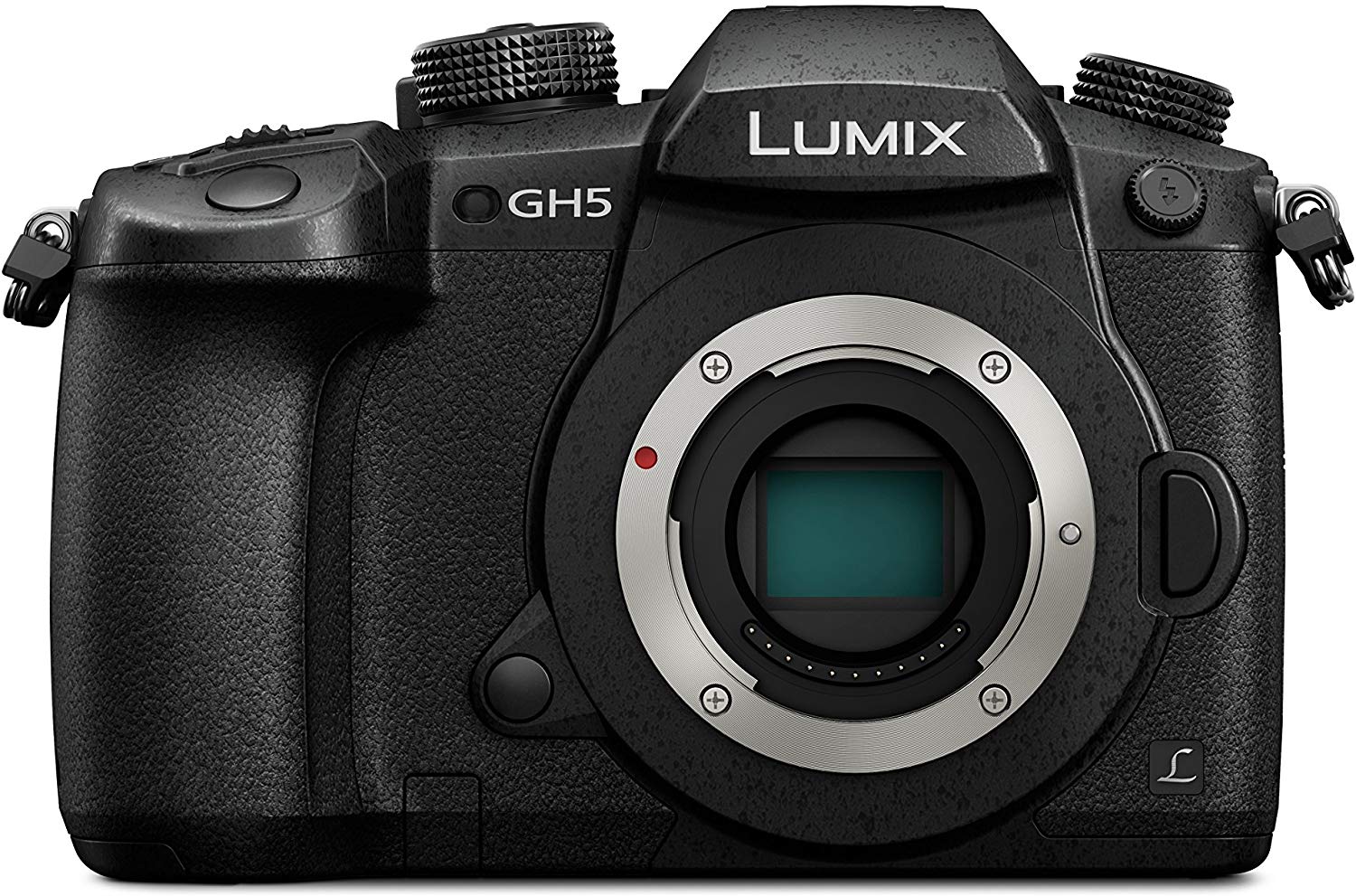 The Kit Room didn’t get much interest in the GH4 camera, so I never really looked at it in depth.

I have always compared it to the A7S or 5Ds, which for us have been much more successful.

Like the A7S mk2, it now has an audio unit that attaches to the hot shoe and gets its power from the camera.

Great, but this means you have to use the hot shoe and can’t put other accessories on it, like a top light or a radio mic receiver. I am sure this will be sorted with some sort of cage with cold shoe mounts, but the Wooden Camera version covers the hot shoe and SmallRig is still in development (although looks really promising).  Also, does this shorten the battery life?  We haven’t tested it, but if the K2M is anything to go by, it won’t take too much power.

Sadly, you can’t use the same cage from the GH4, as the GH5 is 10% bigger and 25% heavier, and also there’s no internal flash unit. It will work with a Metabones adaptor BUT there is vignetting before 20mm.

In the summer 2017 firmware release, there will be 400Mbps all intra and 4k HDR throw HDMI video-out, as well as 6k anamorphic mode, I think this is recording H265.  The only other camera to do 6k anamorphic mode is RED, which is a little price jump!

I am not going to run out and buy this, but I am impressed. It looks like it will only build on the success of the GH4.

By The Kit Room 1 year ago